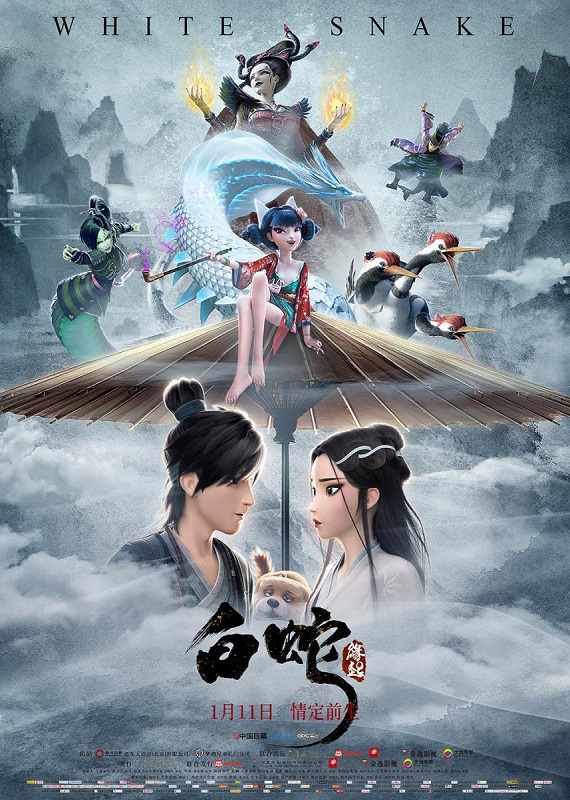 Synopsis: One day a young woman named Blanca is saved by Xuan, a snake catcher from a nearby village. As they set off an a journey to discover her real identity, the pair develop feelings for each other.

Meanwhile, there is a cavern of snake-demon people, who are oppressed by the general. It is revealed that Blanca’s sister is alive, a soldier for the Snake master. A snake had previously seen the two together, deeming Blanca a traitor as she is with a snake-catcher. Her elder sister Verta argues otherwise and says that she will find and return her, whilst also engaging in an insurance policy- if she is not back with Blanca in three days, then the Death Scales embedded in her will explode and kill her. Back with Xuan and Blanca, after a struggle on sea with another snake-demon- Blanca is forced to reveal her demon form, revealing to Xuan that she is in fact a demon. However he disregards this fact and the two bond.

After leaving the workshop, Xuan and Blanca return to the Snake Catcher Villager. Verta confronts Blanca and Xuan and tries to get Blanca to return with her. Verta identifies Xuan as a snake catcher and tries to attack him. Blanca defends him and the two sisters fight. During the fight, Xuan and Blanca fall into a hidden underground temple.