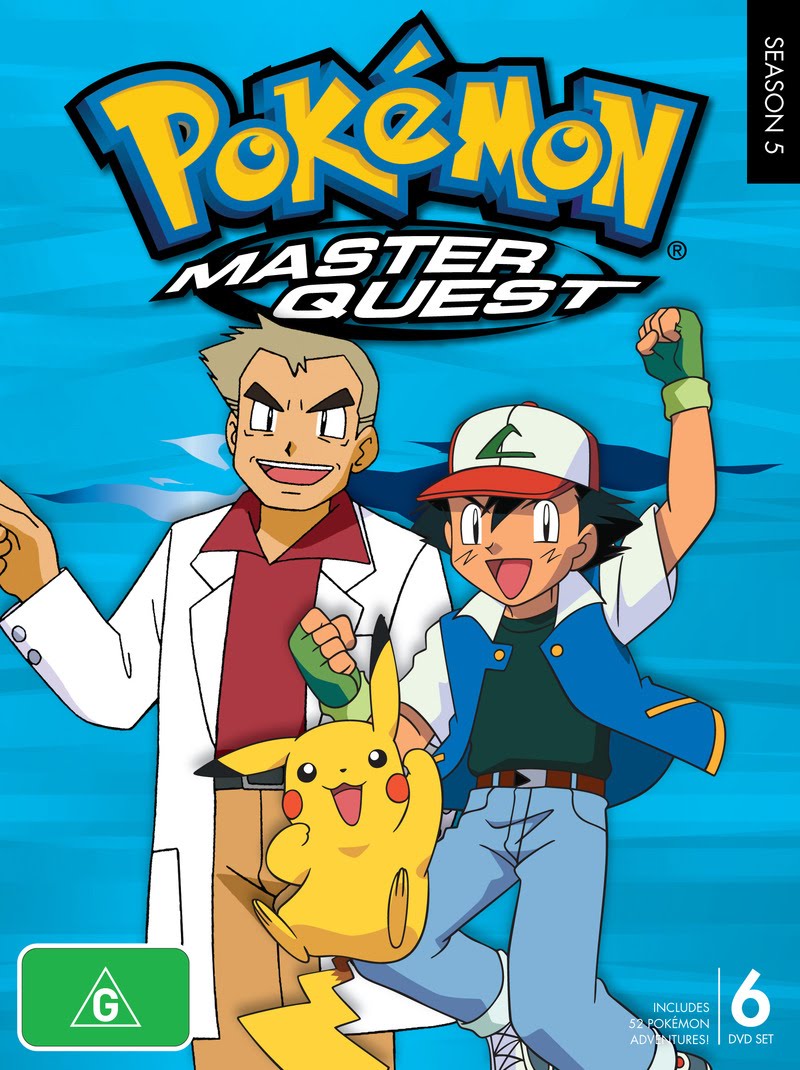 Synopsis: Ten-year-old Ash aspires to be the most incredible Pokémon (pocket monster) trainer globally. To do this, he enlists the help of many friends, and his own Pokémon, Pikachu.

With the Olivine City Gym temporarily out of commission, our heroes are off to the Whirl Cup Competition—and Misty wants in on the action! Resuming their journey, they find that Jessie, James, and Meowth aren’t the only members of Team Rocket they need to worry about, though that dastardly trio still has a few tricks up their collective sleeve. After a heated battle with the final Gym Leader, Ash moves on to the Silver Conference, but does he have the mettle to take on his old rival, Gary? Pokémon: Master Quest is the fifth season of Pokémon and the fifth and final season of Pokémon: The Original Series, known in Japan as Pocket Monsters: Gold and Silver (ポケットモンスター金銀編, Poketto Monsutā Kin Gin Hen). It originally aired in Japan from August 9, 2001, to November 14, 2002, on TV Tokyo, and in the United States from September 14, 2002, to October 25, 2003, on Kids’ WB. It aired in India on May 18, 2005, on Cartoon Network. The episodes were directed by Masamitsu Hidaka and produced by the animation studio OLM.