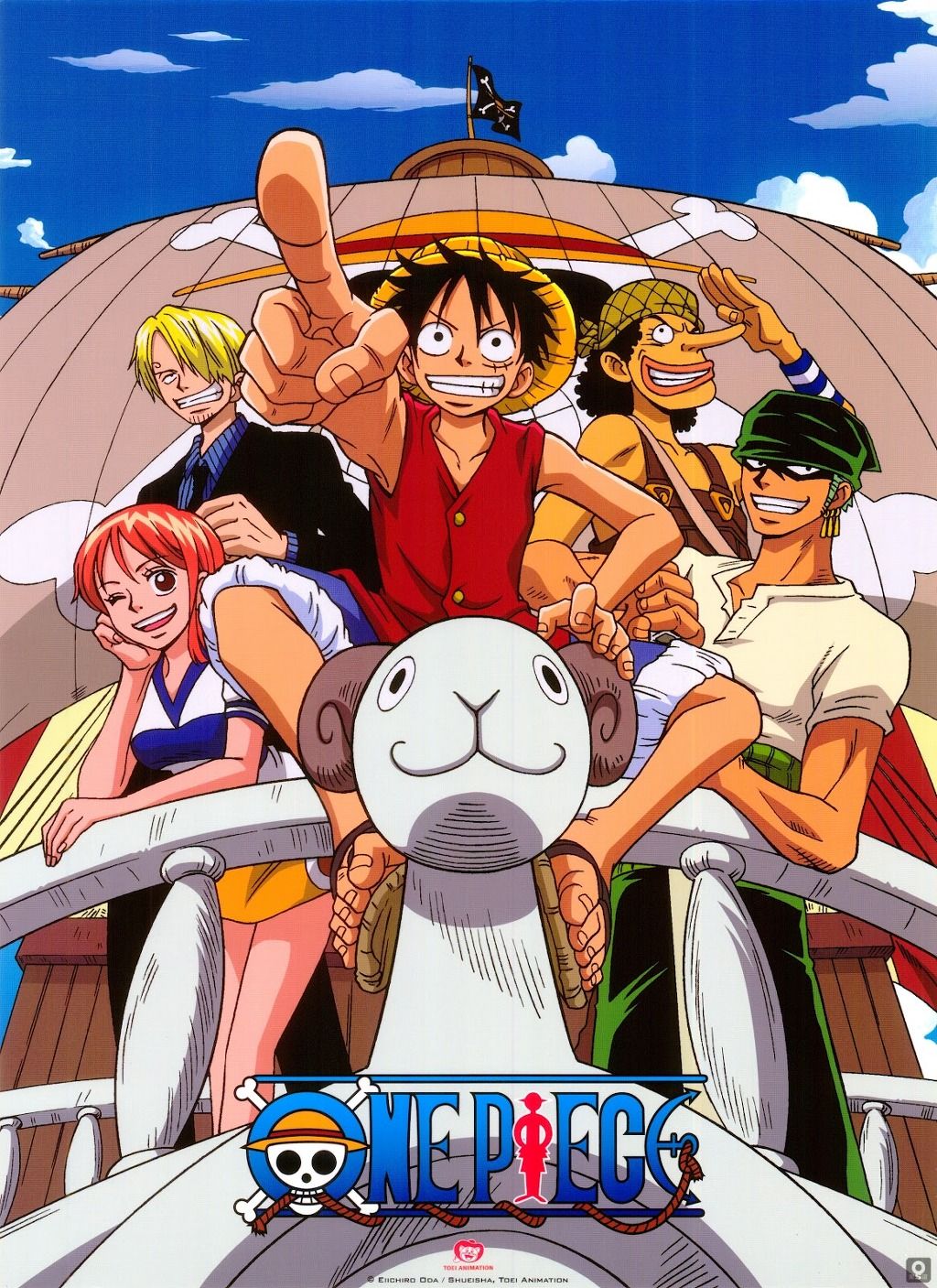 Synopsis: Monkey D. Luffy wants to become the King of all pirates. Along his quest, he meets a skilled swordsman named Roronoa Zolo; Nami, a greedy thief who has a knack for navigation; Usopp, a great liar who has an affinity for inventing; Sanji, a warrior cook; Chopper, a sentient deer who is also a skilled physician; and Robin, a former member of Baroque Works. The gang sets sail to unknown seas in Grand Line to find the treasure of One Piece.

More Episodes Will Be Added

There once lived a pirate named Gol D. Roger. He obtained wealth, fame, and power to earn the title of Pirate King. When he was captured and about to be executed, he revealed that his treasure called One Piece was hidden somewhere at the Grand Line. This made all people set out to search and uncover the One Piece treasure, but no one ever found the location of Gol D. Roger’s treasure, and the Grand Line was too dangerous a place to overcome. Twenty-two years after Gol D. Roger’s death, a boy named Monkey D. Luffy decided to become a pirate and search for Gol D. Roger’s treasure to become the next Pirate King.—J LeGault