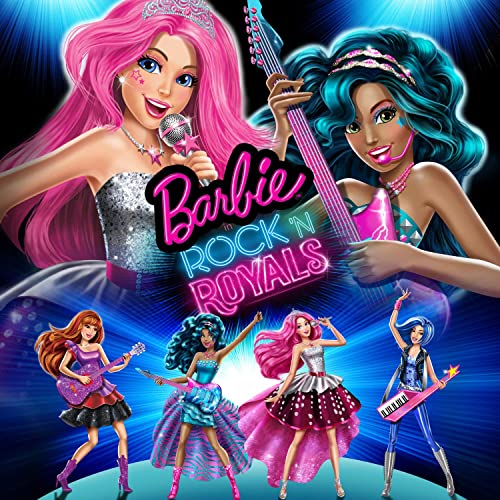 Synopsis: A princess’ life is turned upside down after she exchanges places with a fun-loving, famous rock star.

Two worlds collide, when the modern aristocrat, Princess Courtney, and the famous rock star, Erika Juno, accidentally switch places with each other. Now, by an unintentional mix-up, the beautiful noblewoman arrives in Camp Pop, while the talented singer finds herself all alone in Camp Royalty. Little by little, as both rival camps attempt to remedy this awkward situation, the girls try their best to adjust, making unforeseen and exciting new friendships. Will the Princess and the Rock Star embrace their differences to shine at this summer’s grand singing competition? Get ready to rock! In this upbeat musical, Barbie™ stars as Princess Courtney, a modern princess whose world is turned upside down when she switches places with Erika, a famous rockstar. Two very different worlds collide when a mix-up sends Princess Courtney to Camp Pop and Erika, to Camp Royalty. While the leaders of the rival camps try to correct the mix-up, both Courtney and Erika learn to adjust to the different worlds and have fun while making new, unexpected friends. When the girls learn both camps are at risk of shutting down, they must embrace their differences, find their true voices, and come together for an epic sing-off that shows anything is possible when you dare to dream big!