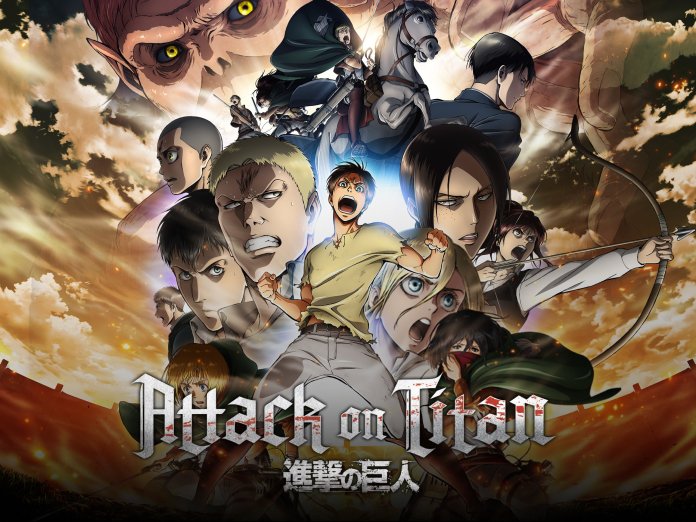 Synopsis: When man-eating Titans first appeared 100 years ago, humans found safety behind massive walls that stopped the giants in their tracks. But the safety they have had for so long is threatened when a colossal Titan smashes through the barriers, causing a flood of the giants into what had been the humans’ safe zone. During the carnage that follows, soldier Eren Jaeger sees one of the creatures devour his mother, which leads him to vow that he will kill every Titan. He enlists some friends who survived to help him, and that group is humanity’s last hope for avoiding extinction at the hands of the monsters.

Humans are nearly exterminated by giant creatures called Titans. Titans are typically several stories tall, seem to have no intelligence, devour human beings, and, worst of all, seem to do it for pleasure rather than as a food source. A small percentage of humanity survived by walling themselves in a land protected by extremely high walls, even taller than the biggest of titans. Flash forward to the present, and mankind has not seen a titan in over 100 years. One day, 10-year-old Eren and his foster sister Mikasa witness something horrific as the city walls are destroyed by a colossal titan that appears out of thin air. As the smaller titans flood the city, the two kids watch in horror as their mother is eaten alive. Eren vows that he will murder every single titan and take revenge for all of mankind.